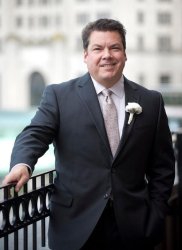 Thomas J. Fay joined K&K on January 1, 2013 focusing on civil litigation, personal injury, probate administration and collections. Before joining K&K, he was a partner at Taylor Fay P.C. in Providence, R.I. He is admitted in both the State and Federal bars for the State of Rhode Island.

Tom received his B.A. from Providence College in 1990 and his Juris Doctor, with honors, from Suffolk University Law School in 1993.

Tom focuses his legal practice in the areas of personal injury, civil litigation, probate administration, guardianships and collections. In addition to serving as Guardian in Probate matters.  Tom has been certified to serve as Guardian Ad Litem in Family Court domestic matters. He has handled matters before all of the Courts and administrative agencies in Rhode Island. He has previously served as legal counsel to the Town of Lincoln Housing Authority, the Workforce Partnership of Greater Rhode Island and as co-counsel for several municipal police and firefighter unions.

Tom presently lives in Somerset with his wife, Melissa, daughter Leah and stepchildren, John and Madison. He enjoys playing golf and is an avid supporter of Providence College Athletics.