Being one of the oldest firms in Rhode Island, we have the experience and skills in personal injury, workers’ compensation, family law, business law, bankruptcy, and probate that you need…no luck required. For a free consultation (excluding family law), please complete the form below and we will contact you shortly.

The U.S. Fire Administration (USFA) estimates that one in every eight fires attended by fire departments across the nation is a highway vehicle fire. While the majority of fatal vehicle fires are caused by collisions, some vehicles may suddenly catch fire in transit due to a manufacturing or repair defect. If you or a loved one suffered burn injuries or other trauma from a car fire, it is important to understand the cause of the fire in order to determine who may be liable for your damages. 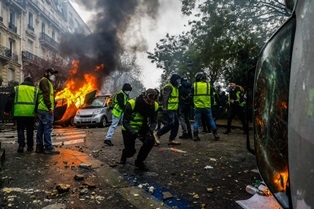 According to a recent USFA report, unintentional actions and careless behavior caused 38 percent of highway vehicle fires between 2014 and 2016. Additionally, mechanical failure was a contributing factor in many car fires. Depending on the specifics of the accident, there could be many different parties who share responsibility for a car fire, including a driver, the car’s manufacturer, a mechanic, or the maker of replacement auto parts.

Car fires can happen for many reasons, including:

The attorneys at Kirshenbaum & Kirshenbaum can investigate how your car fire occurred to help you get payment for your medical bills and lost income—and we do not charge for our services until your case is resolved. Contact us today via our online form to schedule your initial consultation with a personal injury lawyer.