Who pays for my medical expenses if I was injured as a passenger in a car?

In most car accident claims, a victim has the burden of proving that the other driver was more at fault for causing the crash. However, when a passenger is hurt in a car accident, he cannot be held liable for causing the accident since he was not in control of any of the vehicles. While this usually means that the passenger has an easier time getting compensation, there are many situations that can make it difficult for the passenger to recover injury costs. 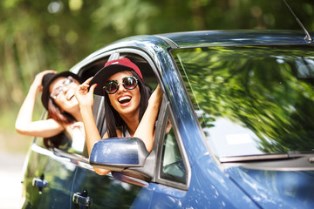 Passenger injury claims are similar to other injury claims, except that the passenger cannot be held liable. Typically, the passenger can file a claim against the insurance policy of the vehicle he was riding in, the policy of the other driver, or even against both drivers. The amount of injury damages will depend on which driver should pay for your injuries, as well as the limits of the at-fault driver’s car insurance coverage.

However, compensation for passengers is not always straightforward. There can be significant barriers to adequate injury payments, especially if the accident involves:

If the accident involved two cars, one of the drivers will likely be found liable for the crash. However, it is not uncommon for insurance companies to fight about which driver caused the accident, leaving the passenger waiting weeks or months for injury payments. In many cases, the passenger can make a claim against the insurance companies of both drivers after a two-car crash, especially if his injuries are severe.

If the accident only involved one car—if the driver ran off the road or struck a pothole, for example—then the driver of the car will be the one liable for damages. The driver of the car you are riding in should be able to pay for your injuries as well as his own through his policy, but splitting the limit of the coverage between you can leave you both underpaid.