When Delays Keep Your Divorce From Moving Forward

Once you make the decision to end your marriage, you likely want the divorce process to move forward quickly and efficiently, so you can get on with the next chapter of your life. Sometimes, however, your spouse and their lawyer may intentionally delay finalizing a divorce as a ploy to influence the separation agreement or to be revengeful. Learning to spot the difference between necessary delays in the process and strategic disruptions is essential to protect your rights and interests. 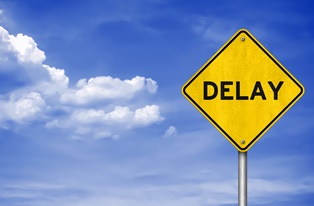 Many states, including Rhode Island, require certain waiting periods during a divorce process to allow both parties time to reflect on the dissolution of their marriage and division of shared assets. For instance, if both parties agree the marriage cannot be saved and agree on all issues in the divorce agreement, the divorce is described as “uncontested.” However, this doesn’t mean the divorce is immediately granted. Even when a divorce is uncontested, Rhode Island law still requires a mandatory 75-day waiting period after paperwork has been filed before a final hearing can be scheduled. If both parties still do not contest the divorce at that hearing, a judge could offer a final judgement at that time.

Divorces which are the result of “irreconcilable differences” require a 90-day waiting period following that first hearing, while those filing “separate and apart” as the cause of their split are required to wait only 21 days after their initial hearing.

Other reasonable delays in the divorce could include:

Each side in the divorce has a right to request documents and other evidence from the other prior to trial—a process the courts refer to as “discovery.”

Occasionally, one side in a divorce proceeding will file a temporary court order as a way to clearly establish facets of the divorce agreement such as which parent will maintain custody of a child or which individual will remain in a home the couple once shared.

Couples who have lived separately for three years or more may have their waiting period waved by the court, which will speed up the process. However, a judge is not required to wave this waiting period.

When two people negotiate an end to their marriage, they often make verbal agreements with one another— these agreements can include alimony payments, child custody, division of property, or any number of other aspects of the settlement. If one party wants to delay the divorce, they may break their verbal agreements to stall the process, and progress toward a final settlement will grind to a halt until those provisions can be renegotiated.

While it is normal for certain documentation to be requested by opposing counsel, one spouse could abuse the discovery process by making repeated motions for additional evidence, forcing the other spouse to return to court over and over again with additional information.

It’s possible that one spouse may attempt to hide assets or employ dishonest tactics to conceal how much money they really have. When this happens, the other spouse and their attorney will have little choice but to make repeated motions for discovery until all relevant financial information has been shared.

If one spouse is especially volatile or emotionally distraught during the divorce procedure, they may make false claims of spousal abuse or child neglect against the other spouse in an attempt to influence the divorce agreement or to exact revenge. These allegations may require additional hearings and arguments in court before the facts can be established and the marriage legally ended.

Spouses may attempt to use these tactics as leverage to secure additional alimony or child support, to prevent the other spouse from establishing a relationship with a new romantic partner, or simply to inflict emotional distress on their spouse.

When Your Spouse Delays the Divorce

Even when both spouses work in good faith toward a divorce, it is wise to engage an attorney experienced in marriage law to review the agreement on your behalf.

However, when a divorce becomes combative, with one side employing delay tactics, it is essential to secure the services of a trial-tested divorce attorney. You need legal representation to protect your interests, put an end to the delay strategies, and put you back on track to finalize a divorce settlement that provides a fair division of assets and property, equitable protection of your rights as a parent, and a legal conclusion to the marriage.

by Jesse Nason [email protected]
Helping Rhode Island residents with all of their family law, divorce and child custody needs since 2006.