Improper Passing Is a Common Cause of Deadly Crashes

Being one of the oldest firms in Rhode Island, we have the experience and skills in personal injury, workers’ compensation, family law, business law, bankruptcy, and probate that you need…no luck required. For a free consultation (excluding family law), please complete the form below and we will contact you shortly.

Most drivers have experienced the frustration of following behind a slow-moving vehicle. While the desire to overtake slow drivers is understandable, many people do not fully understand how dangerous it can be to perform a passing maneuver—and failed attempts are the cause of hundreds of accidents each year. 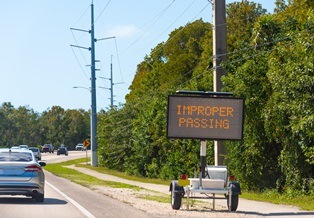 Drivers are expected to follow traffic and safety laws when passing another vehicle. However, poor judgment or a lack of road experience can cause an accident, including:

In most cases, the driver of the vehicle attempting to pass is to blame for causing an accident. However, other parties may share some liability. For example, if the driver being overtaken refuses to “let in” the vehicle attempting to pass, the passing vehicle may be forced to brake suddenly, putting all following vehicles in both lanes at risk. An injury attorney can examine the details of the accident to determine exactly who is at fault.

If you have been hurt in an accident caused by improper passing, the attorneys at Kirshenbaum & Kirshenbaum can help you get payment for your medical bills and lost income—and we do not charge for our services until your case is resolved. Contact us today via our online form to schedule your initial consultation with a personal injury lawyer.