When You Have an Accident With a Government Vehicle

If you are hurt in an accident with a commercial vehicle, such as a semi-truck or delivery van, you would file a personal injury lawsuit to collect compensation from the truck owner’s insurance company. However, if you were struck by a vehicle owned by the government, such as a garbage truck or U.S. mail truck, you will have to sue the government itself for damages. 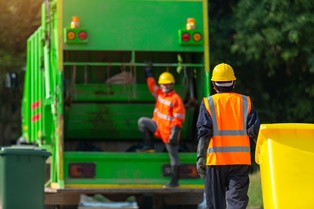 Differences Between Government Vehicle Crashes and Other Truck Collisions

Injury claims after a crash with government vehicles are vastly different from claims involving personal injury law. These cases are governed under the Federal Tort Claims Act (for postal truck and U.S. vehicles) or the Rhode Island Tort Claims Act (vehicles owned and operated by any cities, towns, and municipalities in Rhode Island or by the state itself).

Claims that fall under the state or federal Tort Claims Act have:

A shorter statute of limitations.

Although government claims have a two-year statute of limitations, victims must notify the appropriate government of an accident with a municipal vehicle within six months from the date of their injury. The government then has at least six months to investigate the administrative claim before the injury suit may be filed.

The statute of limitations may change based on the government’s response to the administrative claim. If the claim is denied, victims must file a request for reconsideration of the administrative claim within six months of the date of a written denial. After this period, the victim has no recourse to sue—even if the two-year statute of limitations has not yet expired.

In all but the most extreme circumstances, the amount recoverable in a tort action against the state of Rhode Island is limited to a maximum of $100,000.

Have You Been Involved In A Rhode Island Truck Accident?

If you've been hurt in a truck accident you need to speak to an experienced truck accident lawyer as soon as possible. Please contact us online or call our Warwick office directly at 401.946.3200 to schedule your free consultation. We help truck accident victims in Providence, Warwick and all areas of Rhode Island.