Is the driver in the rear always liable in a rear-end collision?

Rear-end collisions account for many car accidents and can leave victims suffering serious injuries. It is often assumed that the driver in the rear is the negligent party. However, as with any type of accident, there are always exceptions to this rule. 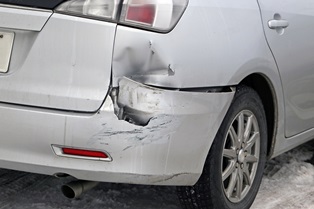 Under Rhode Island laws, all drivers are required to maintain a safe distance from the vehicle in front of them, so they have sufficient time to stop or slow down to accommodate the motorist in that vehicle. In most rear-end crashes, the driver in the rear is presumed not to have stayed back far enough and is considered to be the negligent driver. These individuals may have been engaged in unsafe driving practices such as distracted driving, drunk driving, or speeding. In these situations, this motorist is responsible for compensating the victims for their injuries.

When the Driver in Front Could Be the Negligent Party

Some rear-end collisions are caused by the driver in the front. Here are some of the scenarios when this person could be found negligent:

What If Both Drivers Are at-Fault in a Rear-End Collision?

Rhode Island follows the pure comparative negligence fault system. This means, both drivers who were partially at fault in a rear-end crash can recover some compensation for their injuries depending on their level of fault. For example, if the driver in front was 20 percent negligent, he could recover 80 percent of the amount that he would otherwise be entitled to.