Am I owed compensation if I was injured in my parked car?

Most people assume that an accident claim involving a parked car should be easier than one involving two moving cars—simply because the owner of the parked car shouldn’t be held responsible. However, these kinds of accidents often involve liability issues, especially if the car was parked illegally. If you were injured or sustained property damage while your car was parked, you will need to act quickly to protect your right to compensation. 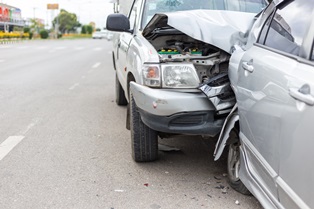 Steps to Take If You’re Injured in Your Parked Car

If you are able to exit the vehicle safely, you should exchange insurance and contact information with the other driver and take a picture of the driver’s license plate. If there are any witnesses, write down their names, phone numbers, and what they said regarding the crash.

After collecting names and numbers, you should take the following steps immediately:

Even if you don’t believe you’ve sustained injuries in the crash, you should always call the police after an accident. Police officers can assess the damage, take contact information if you are unable to do so, and make an official report of the incident that you can refer to later.

Take pictures of the scene.

Photos and videos of the accident scene allow you to get as much information as you can as quickly as possible. Use your smartphone to snap pictures of the damage and positioning of both cars, road conditions, and any other relevant factors. If there are surveillance cameras nearby, note their locations, so you can ask for additional video evidence.

File a claim with the other driver’s insurance company.

Rhode Island follows a fault-based system for car accident injuries, meaning the at-fault driver’s insurance company is responsible for all injuries and damages for everyone involved in the crash. If the other driver’s insurer refuses to pay for some or all of your costs, you may need an attorney to help get compensation.

Rhode Island law requires all auto insurance providers to offer uninsured/underinsured motorist (UM) coverage. If you have purchased UM coverage, you have the potential to recover damages if the at-fault driver’s insurer refuses to pay, if the driver who struck you does not have enough insurance to cover the damage, or you were injured by a hit-and-run driver. If your insurance company is able to recover these costs from the at-fault insurance company, you may be able to argue against any rising premiums or deductible costs on your end.