People live and work at a fast pace, and many multitask in order to be more productive and finish a long list of daily tasks. While this may be useful at work or home, it is a recipe for disaster if a driver tries 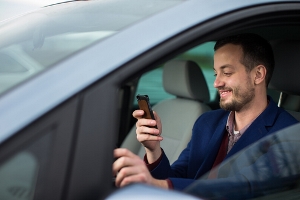 to multitask while behind the wheel of a car. According to Distraction.Gov, 3,179 people were killed and 431,000 people were injured in accidents caused by a distracted driver in 2014.

Six Ways Distracted Driving Can Cause Your Wreck

Distracted driving is defined as any activity that takes a driver’s attention away from his primary duty of driving. This behavior can involve taking your eyes off the road, your hands off the wheel, or your mind off of driving. If you were involved in an accident, the negligent driver could have been engaged in one of the following distracted driving behaviors:

Was the driver that caused your crash engaged in any of these distracted driving behaviors? If so, you could be entitled to compensation for your lost wages, medical bills, and emotional trauma resulting from your injury. Call our legal team at 888-591-9976 to schedule a no-obligation consultation.