Rhode Island is one of the few states where common law marriage is considered to be as valid as ceremonial marriage. Under Rhode Island law, two partners who behave as if they are a married couple even if they do not have a wedding may be considered married. If the partners wish to separate, they must to go through a formal divorce like any other married couple. 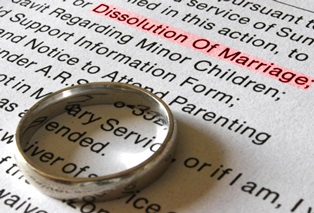 Spouses Must Prove a Common Law Marriage Exists Before Divorcing

Common law marriages have significant differences during divorce proceedings because the couple must prove to a court that they are married before they can get divorced. Unlike traditional marriages, common law marriages do not have dated documentation of when the marriage began (such as a marriage license) or concrete proof that the marriage exists.

In order to establish that a common law marriage is legally binding, the couple will need to provide evidence that:

Both spouses had a serious and legitimate intent to enter into a spousal relationship.

Common law spouses believe that they are, for all practical purposes, a married couple. They must be in a romantic relationship with one another, and both consider themselves married to the other person. Therefore, if you are still planning to have a wedding ceremony in the future, or if one of you is married to (or in a similar relationship with) someone else, you cannot be common law spouses.

You have lived together for a substantial amount of time.

Common law marriage requires spouses to share a home for a significant portion of the relationship. Documents such as co-signed leases or mortgages, receipts for home repairs or shared property, or documentation of property tax payments can help establish your living situation.

Both spouses have behaved in a way consistent with other marriages in the community.

The couple should act in such a way that friends and neighbors consider them to be married. Some examples of establishing marriage include filing joint tax returns, using the same last name, or naming each other on legal documents as next of kin, healthcare advocate, or insurance beneficiary.