What’s the difference between divorce and annulment in Rhode Island?

While a divorce terminates a valid marriage, annulment is an official statement that the marriage was never legal in the first place. Annulment is not usually a valid alternative to divorce, and very few couples will qualify to have their marriages annulled. In Rhode Island, there is no way to legally annul a marriage except to have the marriage declared void during a divorce proceeding. 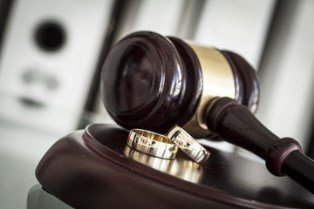 Grounds for Nullifying a Marriage in Rhode Island

In order to nullify a marriage in Rhode Island, spouses must go through all the legal requirements of divorce. The person who is petitioning for divorce will state the grounds for the divorce as well as the reasons that the marriage should be nullified. In Rhode Island, the only legal grounds for annulment are:

One spouse (or both) is married to someone else who is still living at the time of the current marriage.

One spouse (or both) does not or did not have the mental competence to enter into the marriage willingly.

One spouse (or both) refuses to have sexual intercourse with the other.

It is worth noting that impotence and drug addiction are not valid legal reasons to seek annulment in Rhode Island. If a petitioner has valid legal grounds to invalidate the union, he must provide evidence to convince a judge. This evidence can be documented proof or witness testimony. If the judge rules that the marriage was invalid from the start, the annulment will be issued, and both partners can legally state that they have never been married.